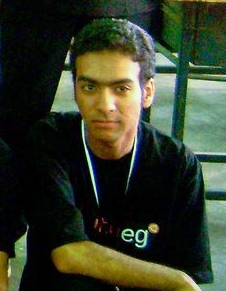 I'm a self taught 3D artist, programmer and student of Computer Science faculty. I have an experience with a wide range of DCC S/W especially CG ones like Maya and Blender. I am working as a gameplay programmer at Cloud Mill Games. I am also interested in Graphics developing and everything Unixy and Geeky. I am an active member of the Ubuntu-EG LoCo team.

Other Open Source activities and events