More information about getting around can be found at http://transit.511.org/ or http://www.google.com/transit

For subways and regional lines you need to purchase a ticket at a kiosk at the station, cash or credit OK.

If you wish to transfer between BART, AC Transit, MUNI and CalTrain using a single card, you may purchase a Clipper Card, see here for all transit agencies supported. 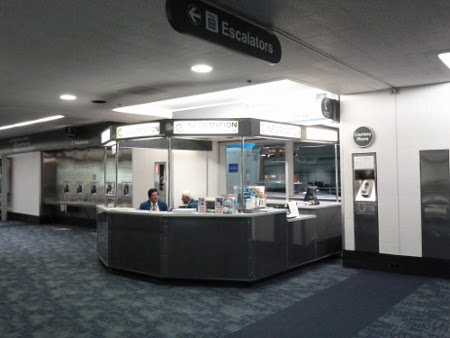 Information Booth near baggage claim at SFO, staffed until 10:30PM (11:30PM in terminal 1)

If you don't get one at the airport, Elizabeth Krumbach has 25 blank Clipper cards available for attendees, just find her at UDS to ask for one.

There are also several convenient retail locations in downtown Oakland that distribute (and refill) Clipper cards, including:

Clipper cards themselves are currently free. To obtain a new, unregistered "adult" Clipper card, it must be initially loaded with $5 or more of e-cash, or any "transit product" (such as a pass or ride book). This requirement is waived for cards distributed via promotional giveaways. Youth and Senior Clipper cards have no minimum purchase requirement. E-cash is good forever; the cards expire after 20 years, but any residual value can be rolled over to a new card.

There are some inter-system discounts (e.g. BART to Muni) that are only available when using Clipper.

Getting in from the airport on public transit

You may take the high-quality, easy, safe public transit option via the BART (Bay Area Rapid Transit) train system from both the Oakland (OAK) and San Francisco (SFO) airports.

From SFO you can take BART directly from the BART train stop at the airport to 12th St./Oakland City Center for $8.40. This takes 42 minutes and is typically faster than taking a taxi due to traffic through San Francisco and over the Bay Bridge to Oakland. Last train leaves at 11:40PM.

From a practical perspective, it's really OK if someone lands at SFO, heads directly to the BART station, and purchases a blue ticket for $8.40 (which won't be returned on exit; for a souvenir, put $8.45 on it). The information desks mentioned above are useful if anyone in the party is aged 5-12 or 65+, because red and green tickets aren't sold by vending machines.

Thanks to folks who have sent in questions! We'll be adding the general interest ones here for the benefit of all.

It looks like you can take yellow or red lines to Oakland city center, is that right?

If you're coming in from SFO, yes, the yellow (Pittsburg/Bay Point) or red (Richmond) lines are what you want to take to 12th St/Oakland City Center. However, you'll want to note that the red line train does not run on Sundays.

If you're coming in from OAK you'll want to take the orange line train toward Richmond.

BART Map (with options to plan your route): http://bart.gov/schedules/bystation.aspx

How far is it from the 12th station in Oakland to the hotel? I assume it's walkable with a wheeled suitcase? 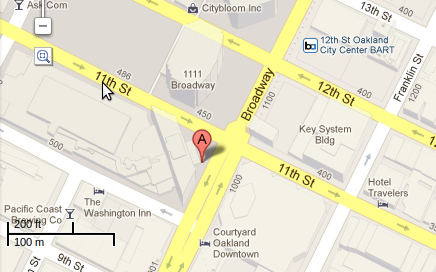 Take a trip over the bay and get stuck in San Francisco after BART stops running?

AC Transit runs their 800 bus line through downdown San Francisco and over to Oakland and Berkeley hourly, over night, details here:

Do you need a Clipper Card to get from SFO to the hotel? How about from the hotel to AT&T (SF Giants) Park?

You don't need a Clipper Card for anything, you can buy tickets (BART) or pay exact change in cash (MUNI, AC Transit), but it does simplify things if you plan on taking multiple types of transit.

SFO to Hotel: You just take BART from the airport to 12th St/Oakland City Center

Hotel to AT&T Park: You take BART from 12th St/Oakland City Center and get off at Embarcadero Station (the first station in San Francisco). From there you can either walk to AT&T park (1.2 miles/2 kilometers) or take MUNI light rail for $2 - you'll need exact change in cash or a Clipper Card.

I need to get to UC Berkeley.

Go across Broadway and up one block to 12th and Broadway and catch an AC Transit 1 or 1R. Either will take you to Telegraph and Bancroft which is the entrance to UC Berkeley. The 1R (rapid) only makes about every fifth stop so is considerably faster.

Alternatively, you can take BART toward Richmond and get off at the downtown Berkeley station. From there go across Shattuck and South (left) about half a block and catch a Bear Transit bus to the campus.

I need to get to Stanford University.

During the morning rush hour take BART south to Fremont, catch the AC transit U line bus to the Stanford quad. (The U line is at the South end of the first bus aisle on the East side of the Fremont BART station.) (Last U line bus leaves Fremont at 8:11 a.m..)

I need to get to UC Davis or Sacramento.

Take the free Broadway shuttle across 11th St. from the hotel (a green 30 foot bus) to its terminus at the Oakland Amtrak station at 2nd and Alice streets. Catch the Amtrak Capitol corridor train North to its terminus in Sacramento. (Davis is the stop before Sacramento.) (Amtrak does not accept the Clipper card.)

Do You Know the Way to San Jose

Take the free Broadway shuttle across 11th St. from the hotel (a green 30 foot bus) to its terminus at the Oakland Amtrak station at 2nd and Alice streets. Catch the Amtrak Capitol Corridor train south to its terminus in San Jose. (Amtrak does not accept the Clipper card.)

Helpful, local members of the CaliforniaTeam will be wearing "I'm a local" pins at UDS! You are welcome to ask anyone wearing such a pin for transit or other visitor related help. 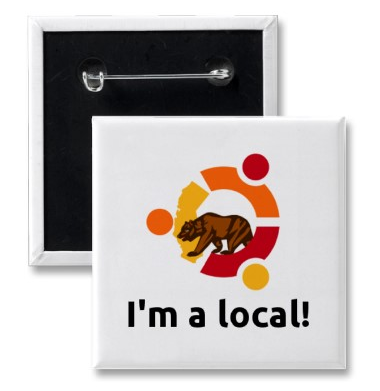 You may also contact Elizabeth Krumbach at lyz@ubuntu.com with questions prior to UDS.