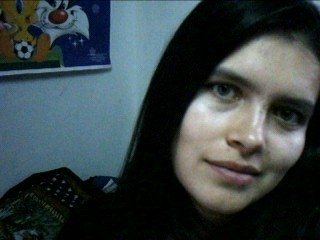 I'm using Ubuntu since 2011 and since that time I've been part of the ubuntu community in my country, helping to spread the community and the voice about open and free software. I have found at the community lifetime friends and a lot of knowledge. As part of the Ubuntu Community, I have been contributing to the FLISoL in Colombia, mainly in the city that I live in: Bogotá.

Lina Porras is a working woman, who really cares about the community of Ubuntu Colombia, very supportive with logistics activities and other extracurricular activities, always supports any required activity done by the media community either virtual or , is a very important part of our community. @namsohj | https://wiki.ubuntu.com/Jhosman

By far, linaporras is one of the most active and prominent members in our community. Is just a joy to work with her as She puts all her energy and effort on fullfill our goals. She deserves to be an Ubuntu Member since ages, however as She has worked most on the community side of things only as today (and after too many pokes

She has applied for the membership. I really recommend her as She's one of our local stars, She makes Ubuntu Colombia rock everyday :). AndresMujica

Finally (she really deserv it)!!! Many people in the Ubuntu Colombian community knows the impact, importance and big efforts that she give to all the Team! She is proud of the Ubuntu community, made a lot of work inside the community, have a lot of responsabilities and a big example of leadership. (BTW, she's also a great person!

Lina is one of the best member in Ubuntu-Co. She likes to help in every event where Ubuntu-co participates, I really believe she will be a great Ubuntu member and could make big contributions to the community as she has done in events like UbuntuUserDay, and why not participate in UbuntuWomen project in a near future. Att: SergioMeneses