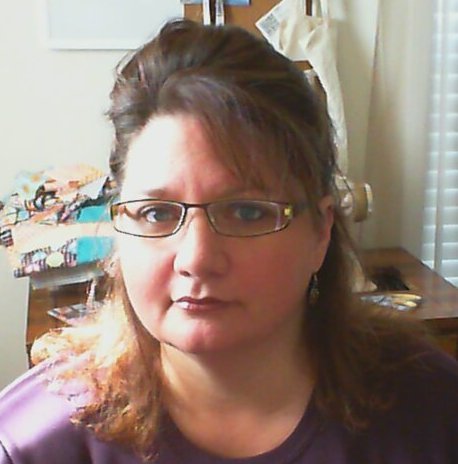 Hi y'all! I'm an Ubuntu User, advocate and when and where ever possible I try and contribute and help others in the Ubuntu Community. I have been involved in the Ubuntu Community since February '09. My personal blog is located at akgraner: normal is just a setting on my dryer and there is probably more on that site than wha you never wanted to know about me. Since being handed a "Linux for Human Beings" t-shirt and an Ubuntu Intrepid CD in February '09 I am have been enjoying using Ubuntu and being proactive in my involvement in, with and around Ubuntu. My First Post about Ubuntu

The Ubuntu Leadership Team aims to be a community resource that helps gather, build, and form a leadership training forum within the Ubuntu Community. Open source Leadership requires different leadership styles, while the skills needed to become a successful and efficient leader are universal. Leading any all volunteer group has its own unique challenges, and using open collaboration with leaders throughout the community the Ubuntu Leadership Team strives to offer resources to help grow and nurture leaders thus creating an even better inclusive Ubuntu Community experience through its leadership.

Posts about Leadership Team and Goals of the team

Participated in the discussion of this new program at UDS-N and have continued to help throughout the cycle by giving feedback, blogging, advocating, for the use of this program. Helped with testing and even demo'ed this program during the last Global Jam.

At UDS- L, M, N volunteered and conducted on camera interviews for the Ubuntu Developer Channel on YouTube and Blip.TV. Responsible for identifying and scheduling those interviews. In addition to other community session participation.

* I help out when I can as an idea reviewer for Ubuntu Brainstorm, but haven't been as active as I want to be due to a move and limited technical abilities, but when and where I can I do try to help. Limited Brainstorm Activity

* I have proposed an Ubuntu User Conference and posted a wiki with a rough outline of the event. I am currently gathering venue information and seeing what the cost of this event would be.

JonoBacon: I have found Amber to be a conscientious, hard-working and inspired contributor to the Ubuntu community, and her contributions have not only had a positive impact on her work in specific areas but on many other community members too. I would certainly +1 her for membership.

Mackenzie Morgan: At SELF, Amber was doing it all. Staffing the Ubuntu table, handing out Ubuntu swag, getting people talking about how to be more effective contributors and grow the community... At the TriLUG meeting where we met in person the first time, folks were coming up to her ("the Ubuntu lady") to get CDs and stickers. I am beginning to suspect she doesn't sleep, since she's got her hands in everything. Definitely should be a member.

Dan Trevino: From a US LoCo teams perspective, in my time as a US Teams mentor, I've seen that Amber has been instrumental in helping the North Carolina team on their road to approval. She's always happy to share ideas and in doing so has had an impact well outside of North Carolina. Outside of the LoCo teams, her activity in the community has always been positive, engaging, and something I've personally pointed to as an example of how non-developers can contribute. Amber's hard work and positive energy are contagious and I heartily recommend her for membership.

Andy Whitcroft: Amber seems to have a way with words which she is using to the benefit of the Ubuntu community as a whole. She brings the eye of the regular user to the problems we face, managing to communicate to both sides for the benefit of all. The popularity of her blog speaks for itself. +1 for Membership.

Jorge Castro: Amber seemingly came out of nowhere and started to do a bunch of great things. Looking forward to her involvement with the LoCo Global Jam and Ubuntu Open Week. +1 with a warning to not take on too much at once, remember it's a marathon not a sprint! Down that road leads madness!

Jimmy Harris (pak33m) There are those within the Ubuntu Community who carry the banner high. Amber certainly is one of those. The enthusiasm that Amber has brought to the Ubuntu LoCo Teams has inspired and energised a good many. Of recent Amber coordinated Birds Of A Feather (BoF) Sessions during the South East Linux Fest which primarily focused on how to improve Ubuntu LoCos Teams. While there Amber created a forum where LoCo Team members from many states were able to engage in ways that were inspiring and productive. Amber has proposed and is in the planning stages for other similar events of which have never happened with the Ubuntu Community. There are a number of projects that Amber is involved in and/or has created in the advocacy of Ubuntu that reach out not only the Ubuntu Community, the North Carolina Team but directly within her community as well. As a former Army soldier I was particularly touched in her work to bring Ubuntu to the military families. There is so much more to come from Amber. Amber does all of this with a passion that I feel truly embodies the spirit of community. Amber gets my vote

Laura Czajkowski Amber has been around a short time but has left her mark, she is a great voice of reason in the ubuntu-women channel and is extremely eager to participate wherever she can. She showed me her enthusiasm when she took part remotely at UDS and actively took part in the Ubuntu community on irc with us. Giving us more food for thought! +1 membership

Chris Crisafulli Amber is always upbeat, she is one of the most positive people I have met within our community. Her organizational skills are awesome. She has many good ideas on spreading ubuntu and how to make the community better. She is very dedicated, which was evident by her attendance remotely of at least 3/4's of the Community break out Sessions during UDS Karmic! She is quick to help others realize their goals by sharing with them ideas that combine what they are doing, with what works for her. I see really good things Amber has been doing, and I look forward to her future achievements, and feel she is highly deserving of her membership. -- itnet7 2009-07-15 23:26:02

Davmor2 Amber is errrmmm well Amber, she fun, opinionated, bubbly and that's just her negatives. Amber's video interviews at UDS are always full of questions on all levels, her writtings on YOU in UBUNTU are always good to read as are her written interviews. Her ability to over come huge issues is also well known from the Lightning strike. I think Amber would be a great addition to the CC.

nigelb Amber has been a friend and mentor for the past year or so now. In her writings as well as in her interviews, I've always seen how balanced she is about views. I've worked with Amber in the Ubuntu Weekly News team and I've seen her sense of leadership and sense of team. Amber would be a person I'd want to see on the CC.