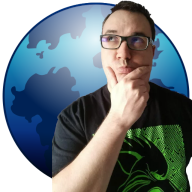 Passionate open source advocate, Linux enthusiast and Podcaster. Lives in England, with his wife and daughter. Works for Canonical making Ubuntu and Snapcraft.

I have been using Linux since 1995 and progressed through Yggdrasil, Slackware, RedHat Linux, CRUX and Fedora prior to my first install of Ubuntu when it was a Warty Warthog. Ubuntu remained my only workstation operating system until early 2012 when I switched to Arch Linux and became an Arch Linux Trusted User. I've been contributing to MATE Desktop since 2012 and in the summer of 2014 I co-founded Ubuntu MATE with Alan Pope and have led the project ever since.

While I have become "known" for Ubuntu MATE, I've spent most of my career working with large scale Linux infrastructure and I've used Ubuntu server exclusively since 6.06. The first Linux OS I made was based on Ubuntu and specifically designed for the recovery, conversion and transmission of “black box” flight data. I also designed and built the massive compute cluster that analyses this flight data and is capable of producing safety and maintenance analysis for every commercial aviation flight in the world, every day.

In October 2014 I attended the X2Go Gathering to meet with Mike Gabriel from the Debian MATE packaging team to determine how we can collaborate on MATE. I've been a significant contributor to MATE packaging in Debian ever since.

Ubuntu MATE 14.10 was the first "Remix" release and Ubuntu MATE debuted as an official flavour in 15.04. Ubuntu MATE was ported to the Raspberry Pi 2 during 2015 which proved very popular, so much so that I was sent an engineering sample of the Raspberry Pi 3 to ensure Ubuntu MATE 15.10 was a launch day operating system for it. I joined the Ubuntu Podcast team in March 2015.

I stepped down from Arch Linux in early 2016 to focus my spare time on Debian, Ubuntu and Snaps. I was voted in as an Ubuntu Member shortly after the 16.04 LTS release. During the summer of 2016 I was invited the Snappy Sprint in Heidelberg as a community contributor. I was hired by Canonical in September 2016, initially joining the Ubuntu Desktop team, then moving to the Snap Advocacy team in early 2017 and rejoining the desktop team in late 2019.

Note: If you have anything nice to say about this person, please do add it below along with @ SIG @ (no spaces). The @ SIG @ command will sign your name and date/time it after you "Save Changes".

I have known Martin for years personally through our local Linux User Group. We worked together on the initial build of Ubuntu MATE which he took over and has been the driving force behind. He's been a fantastic steward of the Ubuntu MATE project. I don't believe anyone else could have got the project to the state it's in without his leadership. I have also worked for the last 3 years on the Ubuntu Podcast. He dived into the podcast with both feet, sorting out infrastructure and automating our processes to streamline show production. Martin is a reliable, friendly, relentlessly active contributor to all the projects he cares about. He cares deeply about the community around his projects, and is always willing to help people. He would be a fine member of the Ubuntu Community Council. -- AlanPope

Martin is everything you want from a great Ubuntu Community member. He works tirelessly to promote Ubuntu at events, through podcasts, and wherever he gets the chance as well as driving technical initiatives like Ubuntu MATE and helping others bring their software to Linux and Ubuntu with Snaps. His enthusiasm is infectious and spending even a short amount of time talking to him it is clear he cares about community, technology, and how others can benefit from free software. For all of these reasons and more Martin would be a great member of the Community Council. -- JamieBennett

I've worked with Martin for a while on a huge range of Ubuntu topics. He takes an interest in the full distro and is very hands-on when it comes to finding, logging and fixing bugs. He's been a tremendous help to the desktop team both through his work in MATE, with upstream and directly on the main Ubuntu Desktop. He's a fantastic ambassador for all things Ubuntu and his work in the community sets the standard for collaborative and welcoming projects. His understanding of Ubuntu processes and the reason the processes exist is deep and wide and he is always happy to offer help to people wanting to get involved in the project that might otherwise be scared off by some of the perceived red tape. Martin would make an outstanding member of the Ubuntu Community Council. -- WillCooke

Within the last year, I have moved from being an OSS consumer to a contributor, and there have been a few key people that have gone above and beyond providing me with information, guidance, and time. Martin is one of them. His wide breadth of knowledge and involvement in the Ubuntu ecosystem, Snapcraft, and podcasting communities has not only been invaluable to me but also to all of those involved. A clear leader, contributor, and advocate for all things Linux. He has been active in the Ubuntu proper, Ubuntu Mate, and numerous other projects, and his cross-project collaboration efforts have been tremendous. Martin would be an exceptional member of the Ubuntu Community Council. -- Dustin Krysak

For me, Martin would be the best person for the Council. He has a constant and quality work and he demostrated with Ubuntu MATE that he has a special touch for driving a community. I would not say +1 to his application, I say +1000. -- costales

Martin is a great, knowledgeable guy that is truly an asset to the Ubuntu Community. I've worked with him on several different subprojects within Ubuntu, from Release Management to packaging and so much more. He's great to work with and is truly a great example of a contributor who really cares about Ubuntu as a product and the people that help make that happen. I would endorse him for any endeavor he chooses to embark on, and I know he would be an excellent Community Councilman. -- tsimonq2 2017-09-15 03:06:54

I've worked with Martin for a while now as our paths cross in general Ubuntu development matters. Our interactions have always been positive. What impresses me more, though, is Martin's outstanding success in driving Ubuntu MATE. I think his work there has shown him to be a great community leader. I value his skills and abilities in this area, and so I haven't hesitated in voting for him in the Ubuntu Community Council elections. -- racb 2017-09-19 16:15:22

Every time I work with Martin, it's a delight to see him in the community. He always finds solutions to anything that can go wrong, and invents cool ideas such as desktopify, a tool that will convert a Ubuntu Pi Server to a Desktop. His ideas never end he will always give back to others and lend someone a small hand if they need. Such a hardworking Linux enthusiast in this community is so much to ask for, and we are truly grateful to have him. -- itzswirlz 2020-07-26 11:18:08