Which Ubuntu translation team are you coordinating?

How many active translators does your team have? 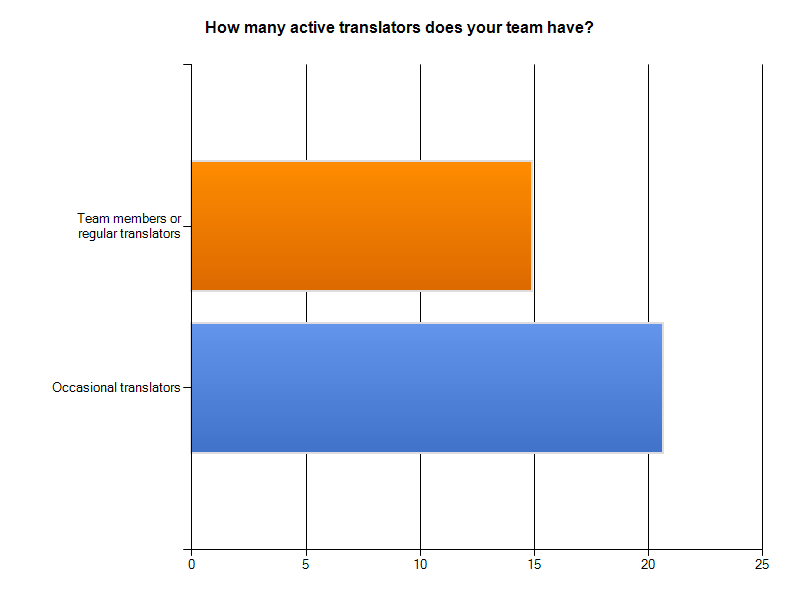 How usable do you think Ubuntu is in your language? 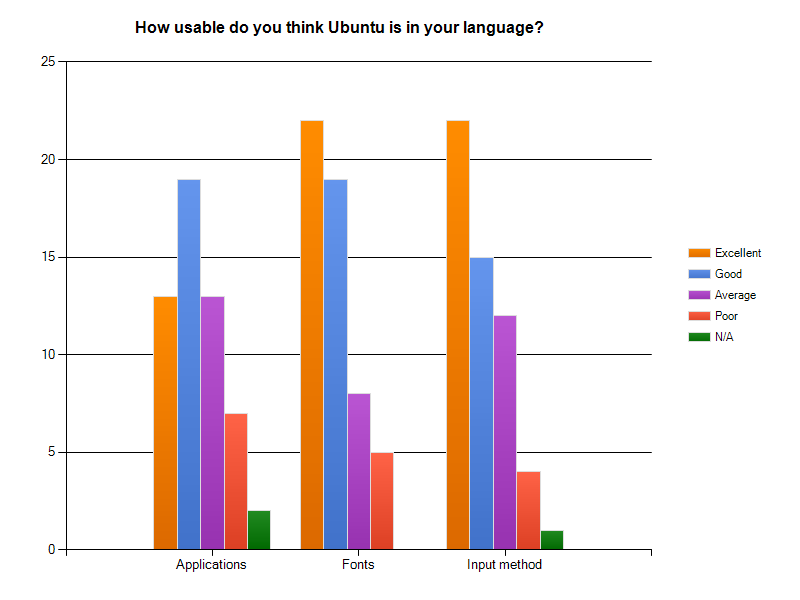 Are you aware of the new policies for Ubuntu translation teams? 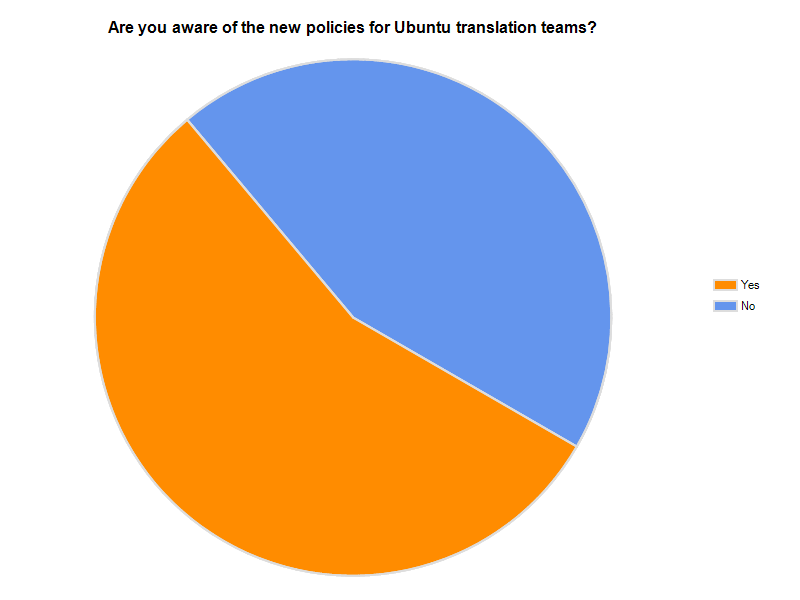 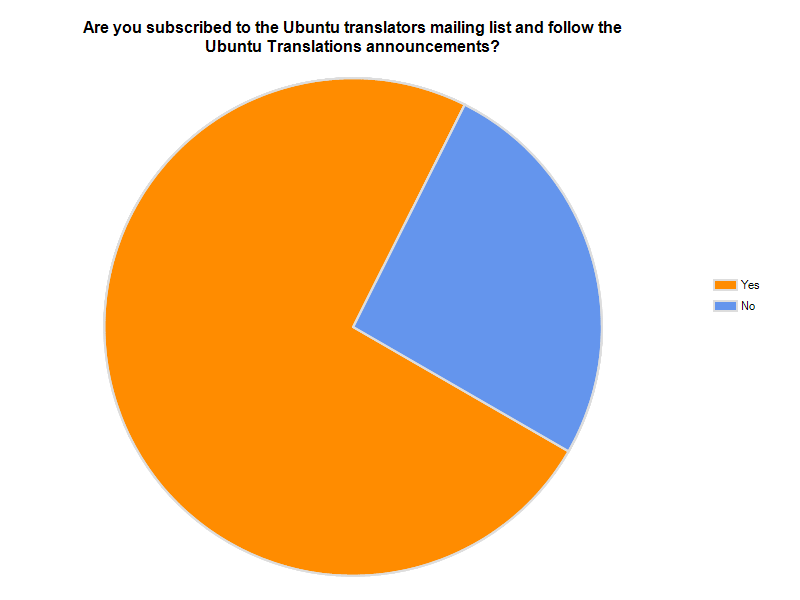 Has your team got a Moderated or Restricted membership policy? 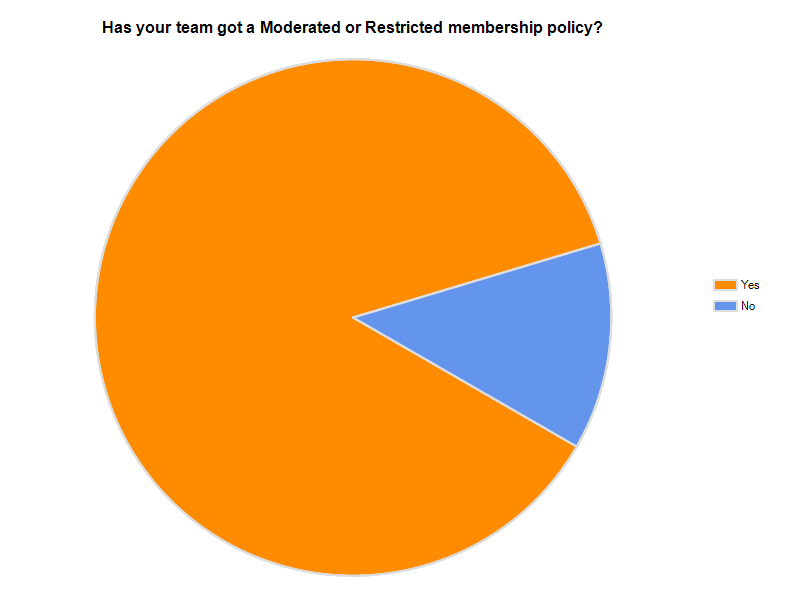 Does your team's Launchpad page have updated information on the team's purpose and how to contact its members? 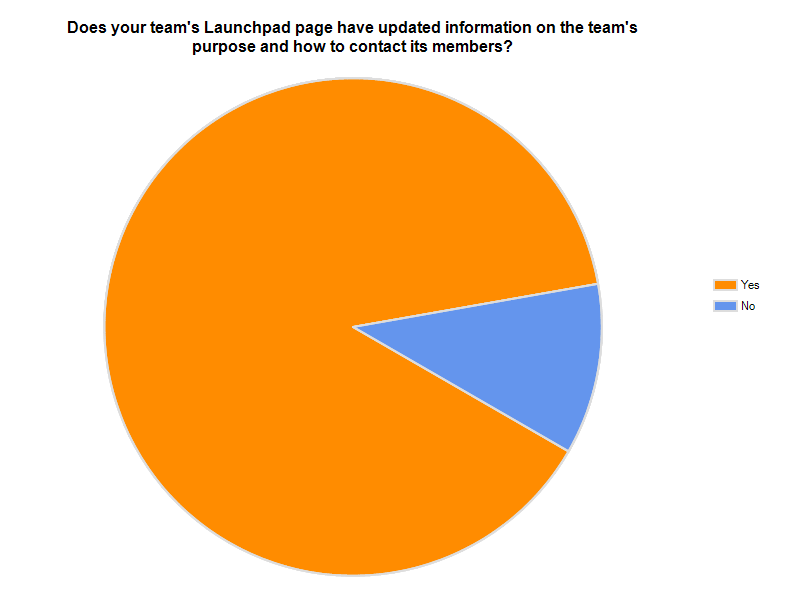 Does your team have translation guidelines, and are they linked to the team in Launchpad? 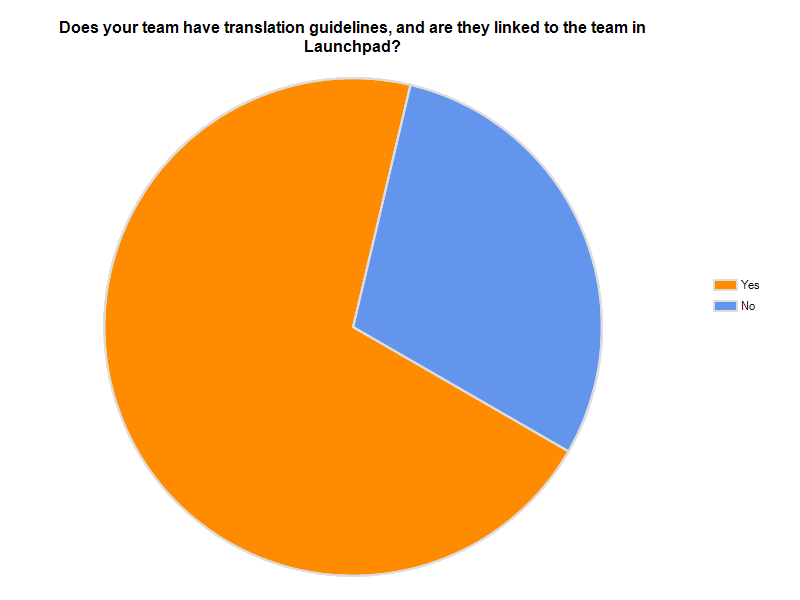 Which communication channel do you use to coordinate translation activities? 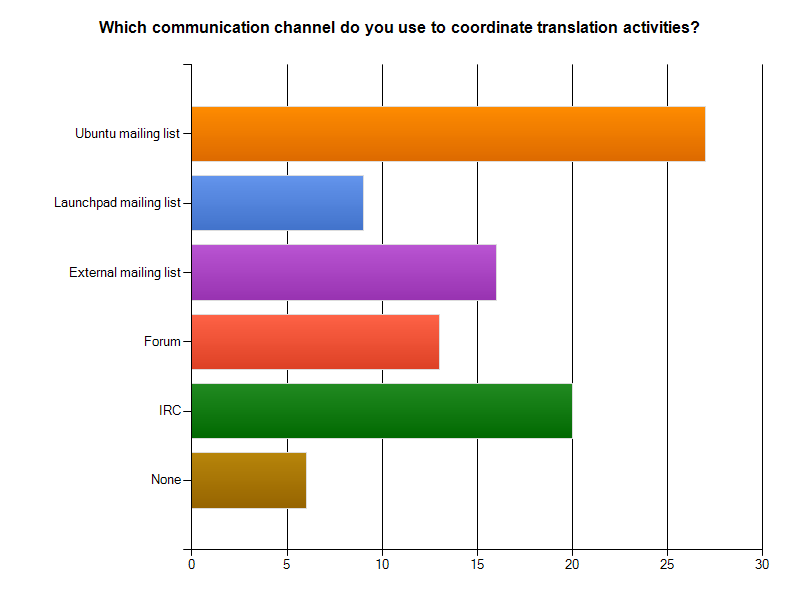 Does your team use any methods to keep track of translation problems in your language? 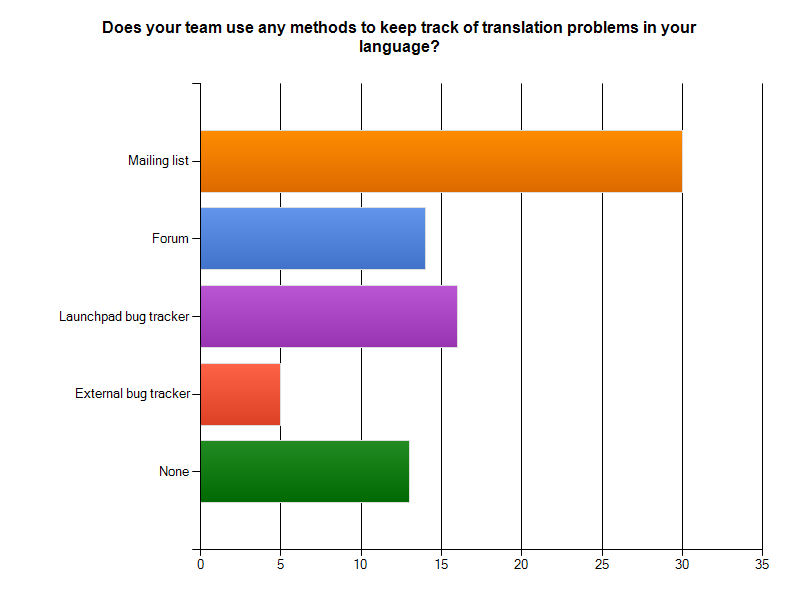 What's the process of accepting new members to your team? 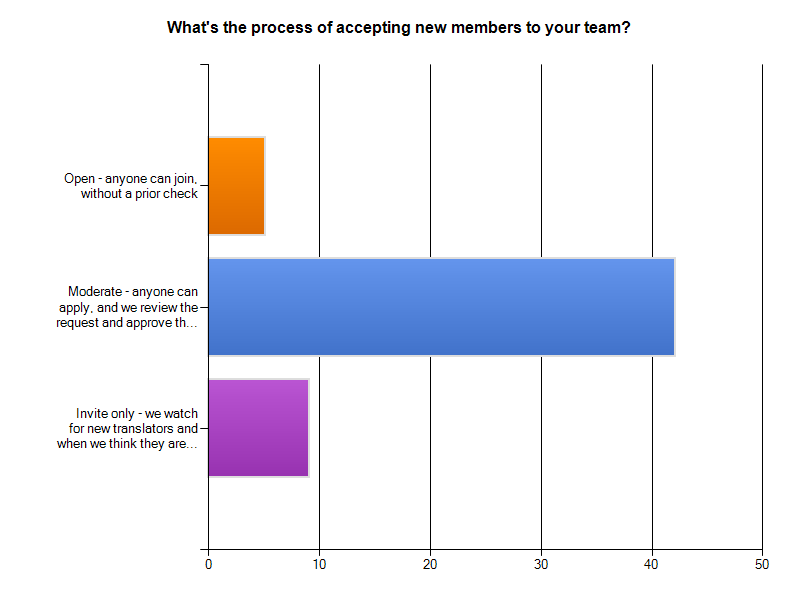 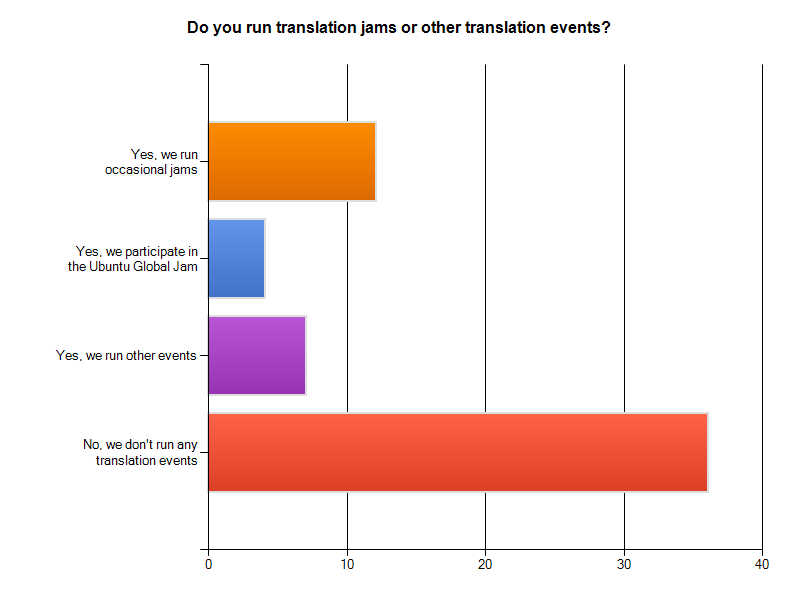 How does your team review Ubuntu translations? 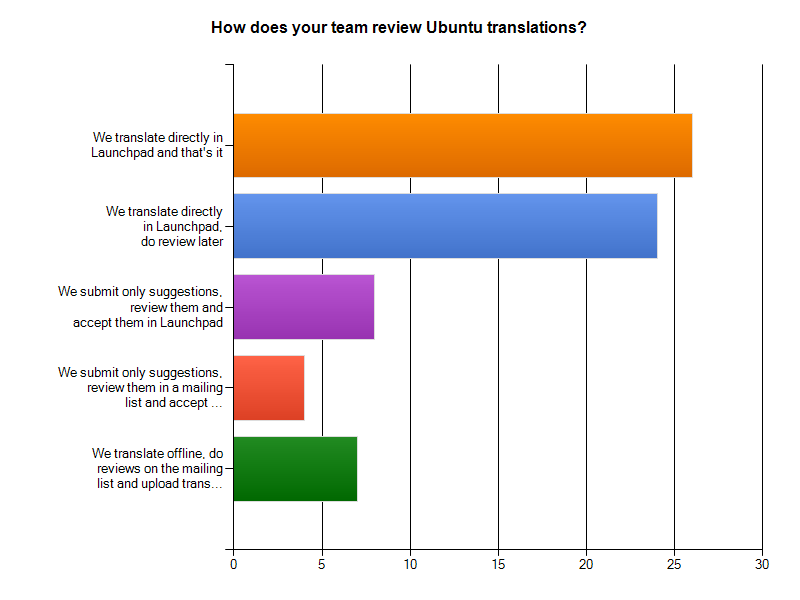 How do you coordinate translations with upstream? 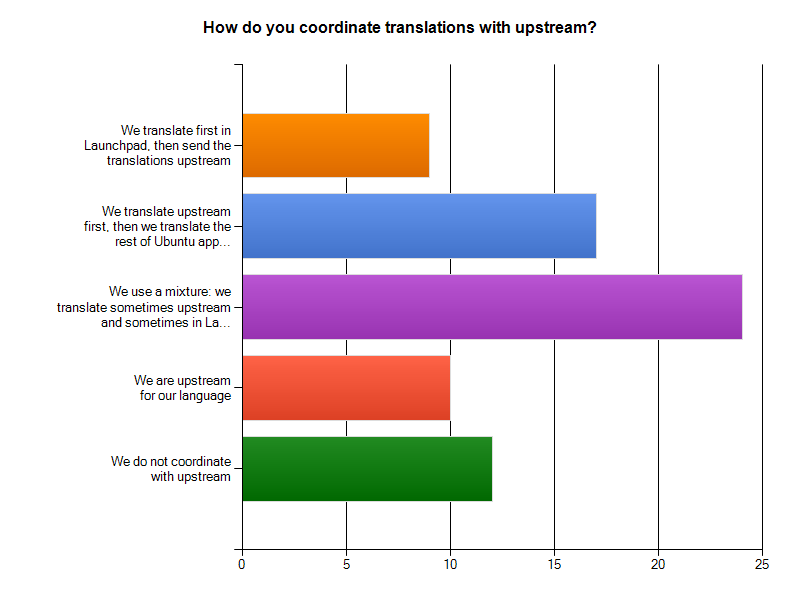 Is there any particular area related to your team or language in which you need advice or help?

Is there anything else you'd like to add, not covered by the previous questions?

Would you agree with your answers or part of them being published online (e.g. the Ubuntu wiki)?

58 teams agreed to have their answers published and 13 teams did not want them published or did not explicitly answer that question. These 13 responses were not included in the final results.