Today's Bug Day will focus on ubiquity - the Live CD installer. Since Hardy Beta was recently released, we felt it would be a good idea to focus on ubiquity bugs to help ensure everyone has a pleasant experience installing Ubuntu.

Here we have a sampling of bugs to work on for Hug Day. After you have triaged or fixed a bug put your name in the last column and set the row's background to green by adding lightgreen in the first cell of the column after "background-color:" and before ";". This will let people know that the bug in that row has been hugged.

You might find it more convenient to edit the wiki page using editmoin a command line utility for editing moinmoin wiki pages. It is available as a package in Gutsy and Hardy. More information including an easier way to do this was mailed to the Bug Squad.

150 bugs with status "New" about ubiquity

These bugs have not yet been triaged. Detailed information about debugging ubiquity can be found at the DebuggingUbiquity page. A reply you might want to use is

Include: Nothing found for "== Debugging Live CD Installation =="!

Include: Nothing found for "== Incomplete bugs without a response from submitter =="!

These standard responses along with other amazing scripts are also available as a Firefox extension in a PPA at:

When you update one of these responses, you should also update the response used by the Firefox extension. These responses can be found in the bazaar branch lp:ubuntu-bugcontrol-tools in the file gm-xml-files/bugsquad-replies.xml. To check out a branch, use

Only members of bug-control can commit to this branch. But you can submit a merge proposal, Brian Murray will review/merge it (see this email message), and they can be used when replying to a bug report if merged.

The following packages or type of bugs require the specific debugging information:

Freeze during boot or shutdown screen

If a network-manager bug report is about not being able to connect the title or summary should be in the format: [CHIPSET] cannot connect to (ENCRYPT_METHOD) where the CHIPSET is the wireless driver used and ENCRYPT_METHOD is the encryption method used by your wireless network.

Incomplete bugs without a response from submitter

Some bugs are never responded to by the submitter (also called "original poster", or "OP"). These bugs will be automatically expired by Launchpad in 60 days, counted from the day it was set incomplete. There is no need to act on them (and, actually, changing the bug will restart the expiry period). Note that this applies for the Ubuntu project (i.e., those bug tasks that have "(Ubuntu)" in their name). Other projects may, or may not, have automatic incomplete bug expiration set.

Bugs without a package

Sometimes bugs will be reported just using the "Ubuntu" package. This is not the best place for the bug though and we should encourage bug reporters to report the bug against the correct package by pointing them at some documentation. Keep in mind PKGNAME is a placeholder.

If you use this response, you must assign a package. If you do not know what package to assign, please leave the bug alone, and ask for help.

Occasionally bug reporters will indicate that a bug has been fixed after some software update or after changing a configuration value back to its default value. These bug reports should be set to 'Invalid' since we don't know the root cause. When closing the bug report it is a good idea to take an opportunity to let the reporter know how to manage bug statuses.

Needing testing in the development release

A lot of bug reports need testing in the development release of Ubuntu. This is something that most anyone can do by downloading the Desktop ISO, booting from it and testing their particular bug.

Before using this, please check "rmadison <package>" to see if the package version has changed between when the bug was reported and the current development release. If it has not changed, there is no need to ask. If it has changed, check the changelog (via aptitude changelog $PKGNAME) to see if this issue has been specifically addressed.

Missing a crash report or having a .crash attachment

When making a bug report a duplicate of another it is important to communicate to the reporter that any discussion regarding the bug should take place in the master bug. Keep in mind that NUMBER is a placeholder and should be the number of the master bug report.

About an obsolete version of the software for reporter's release

Missing a back trace

This is an alternative to the previous response, if there is a good chance that another retrace will work better (e.g. outdated package versions). Please close the bug as invalid with this comment:

A bug that should be handled upstream

If you are sure the reported bug is not caused by the packaging for Ubuntu, it should usually be sent upstream by someone affected by the bug. If appropriate, replace GNOME with the organization behind the software (see https://wiki.ubuntu.com/Bugs/Upstream/ for available organizations):

If you have already pointed out that the reported bug is an upstream one, but there hasn't been any feedback about the requested upstream bug for 2 weeks, the reporter (or someone else affected by the bug) might have forgotten it. If that's the case, you should ask if someone has already forwarded the bug upstream and can tell you the number of the upstream bug:

However, if you have already sent the bug upstream, you should leave a comment stating where the upstream bug can be found:

Old new bugs that haven't been touched in a quite a while and you are unable to recreate the bug.

Packages not provided by Ubuntu

Fixed in Development release while still existing in a previous release

The bug's state should become Fix Released and if the package qualifies for a Stable Release Update (SRU):

The bug's state should become Fix Released and if the package does not qualify for a SRU because it is considered a minor bug and the package can be backported:

The bug's state should become Fix Released and if the package can not be backported:

Reported by someone not respecting the Code of Conduct

Determining whether a bug report is actually a support request can be quite challenging, but if you decide the bug is a support request you can convert it to such by clicking "Convert to a question" at the top of the bug's web page. This will mark the bug as "Invalid", create a new question in the answer tracker and link it to the bug. In the comment dialog that you receive, post a comment to inform the reporter about your action, and advise them to use the support tracker for any future problems.

Not reported in English

This response is appropriate when a bug is not reported in English or some error messages are not in English.

This response may be necessary when someone is having strange issues with the Desktop ISO.

A suggestion for changing default applications or preferences

This should only be used for bug reports where the scope of the change is quite large or would affect a lot of users.

About an incorrect translation

Triage Unsuccessful: Back to New/Incomplete Status

If the specific release has reached End of Life per https://wiki.ubuntu.com/Releases and there is not enough information to work on the bug, then you can set to Incomplete and use the following response (just delete the lines that are not relevant):

Patch attachment not flagged as a patch

When reviewing bug attachments you might find an attachment that is a patch, but is not flagged. Let people know what a patch is!

Attachment incorrectly flagged as a patch

When reviewing bug attachments you might that someone flagged an attachment that is a patch, but it really isn't one. Educate people know what a patch is!

If the problem looks like local file system corruption (e. g. bug 322714, which indicates broken/truncated dpkg .list files), it is most likely not something we can fix in Ubuntu in general. Since we have a large number of such bugs, it is probably best to close it as invalid (or incomplete if you want to followup and subscribe) with this comment:

User Incorrectly Subscribing a team to a Bug

Beginning in Ubuntu 22.04, Firefox is provided as a snap created and published directly by Mozilla. Users, however, can still report against the firefox package directly in launchpad. Apport still warns against this, but launchpad does not. Add this comment (a slight modification of the response from Apport) if the bug mentions occurring in 22.04 (or later) and mark the bug as incomplete. If the user mentions the package as not being a snap, then it's invalid as it came from a source other than Ubuntu or the snap.

Other projects have standard responses as well:

41 bugs with an "Incomplete" status

These bugs have had some initial triage done and may or may not have had a response from the original reporter. We can either set the status to "Confirmed" or if there is absolutely not enough information for anyone to recreate the bug then it should be set to a status of "Invalid". 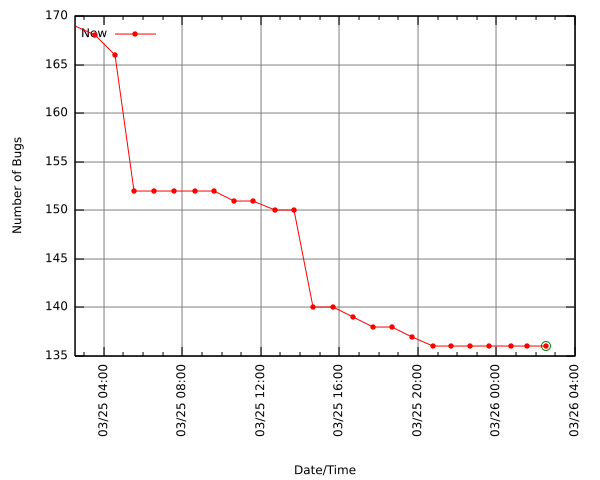 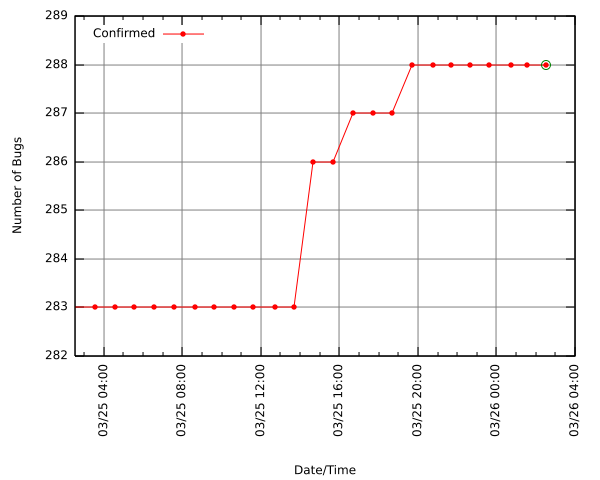 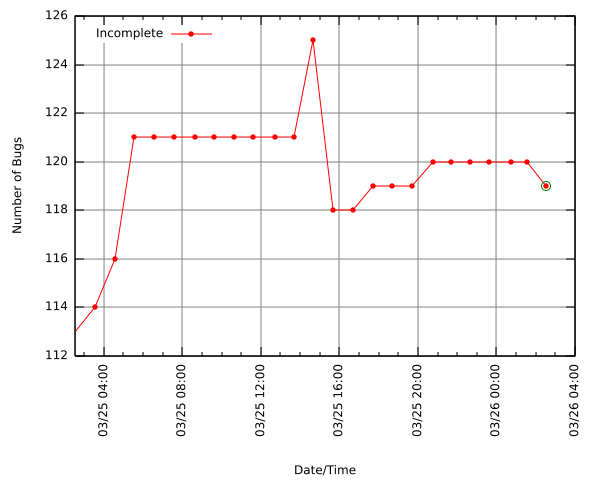