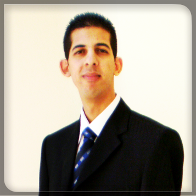 My name is Ahmed Sghaier, also known as Neo31. I am a Tunisian technology enthusiast who followed a Master's degree in Network Security and Services as well as a Software Engineering degree. And currently seeking a good Ph.D opportunity.

I have been approved as a FreedomFighter member of Ubuntu-TN community in the beginning of 2010 and joined the management committee board in 2011.
During 2012 I was following the activities with our LoCo contact offering assistance when possible. And later, in 2013 I have been approved to take LoCo contact responsibilities for Ubuntu-TN.
On the other hand, I am currently the secretary general of the NGO CLibre promoting FLOSS and open data.

I have first tried GNU/Linux in 2002 (Knoppix, Live Suse, Fedora Core and Mandrake 8), than it has become my primary operating system since fall 2005 as Mandriva and Fedora 7 came out.

At the same time, I have experienced with my first Ubuntu distribution and I have become interested in the distribution as I became more involved with Ubuntu-TN community in the beginning of 2009.

As my knowledge about GNU, FLOSS and Linux have grown, I have tested many Linux distributions along with some BSD and UNIX distributions.
But currently, I am still loyal to Fedora and Ubuntu as my main PC distributions.

Briefly, it became my second family.

Most Ubuntu-TN events are listed on our Events page. You can find events details, reports, photos and blog links on that page. Our monthly report may sometimes contain further details or information.

Following are 25+ IRL events I have contributed to, either as a speaker in conferences, workshop trainer and presenter, assistant, organizer, coordinator or a combination of these.

My contributions vary from IRL events, but I also started with respected contributions over IRC, ML, forums, blogs, and other mediums. I have also done many individual contributions when possible outside Ubuntu-TN. I have assisted many Ubuntu users, prepared conferences and classrooms, assisted IRC classroom trainers, helped keeping organized IRC meetings, shot photos, designed logos and posters, administrated social networking mediums, IRC channel and recently became an administrator of our launchpad groups and ML...