Ubuntu Colombia is growing faster, and Ubuntu in Colombia is expanding their influence everyday. Now, we are a great community with big goals and wishes.

On this years Ubuntu Colombia and his directives had been changing to respond to the different challenges that we confront. Many people has been integrated to our works and helping us to keep working for and with Ubuntu.

We want to broadcast the Ubuntu Philosophy and Ubuntu Operative System across our country, we have many obstacles but the people around Ubuntu Colombia is a memorable group of activist and passionated for Ubuntu and Free Software.

This are some of our big changes and projects in the last 2 years:

Some of their responsibilities are:

This council tries to held a meeting every 15 days to discuss subjects about the Team in the public channel of IRC #ubuntu-co-meeting . And the logs/reports of the meetings are saved here

More info about the council.

The projects are a great tool to be in touch to the people to show them the way of work and collaboration that is under Ubuntu. Every project have a Project leader who take the decision of the project.

This are some of the actual groups working in Ubuntu Colombia:

Ubuntu Colombia has been always a community focused on events, projects and collaboration. But one of our big goals was to collaborate with other LoCo Teams and regional/global events and show this on the official Ubuntu channels besides the work inside of our country.

Our participation with another Teams is growing and now we are one of the most collaborative Teams in different global/regional events (GBJ, UGJ, Ubuntu User Day, Ubuntu Open Week)

And, additional to this, we are using now the official channels to spread or work to world, on Planet Ubuntu (thanks to Hollman Enciso and Diego Forigua ) and in the Ubuntu LoCo Teams Monthly Reports (https://wiki.ubuntu.com/ColombianTeam/TeamReports/).

According to the Approval Aplication and the log from the approval of Ubuntu Colombia as an Official LoCo Team, we had some projects, goals and compromises. This are some of them:

Currently we have nine Ubuntu Members in our Team!!

We've got some participation on karma activities at Launchpad, this is our actual status 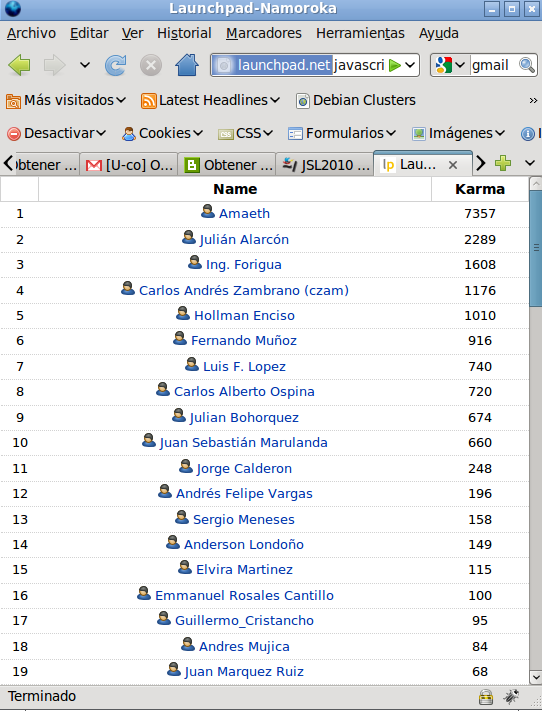 We can see 2 special behaviors:

Our website is wearing a new design after 2 years of use the old Ubuntu theme. Our website is the main point of contact with the community and users in general.

Now, we have 1.992 members registered in our website. Normally, we have 70 visits per day, the majority from Colombia. 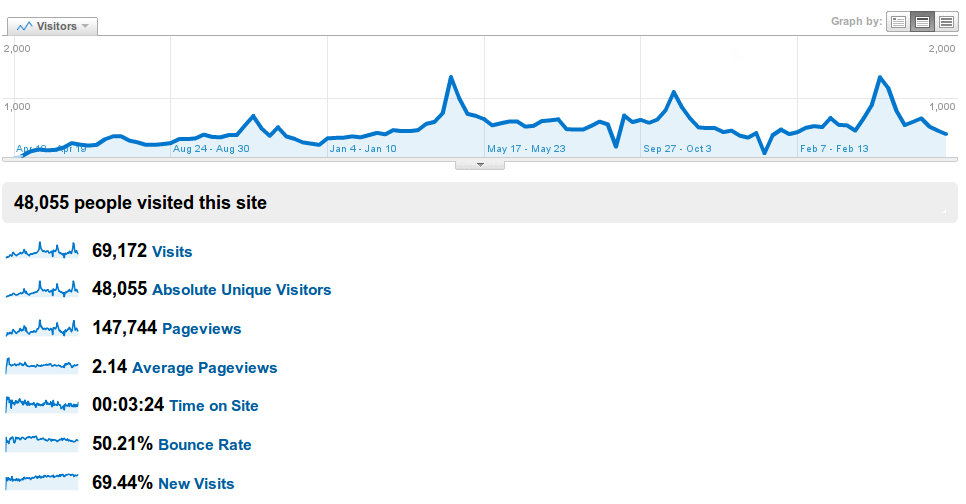 Videos: Many videos, even with Jon "maddog" Hall