My name is Faith. It's faith the flower of light in the field of darkness that's giving me the strength to carry on.

My name is Hope. Hope is the only bee that makes honey without flowers. Some see a hopeless end, while others see an endless hope. When the world says, "Give up," Hope whispers, "Try it one more time. And Once you choose hope, anything is possible.

My name is Ambition. Ambition: is the desire for personal achievement. It provides the motivation and determination necessary to help give direction to life.

Impossible does not exist in my life.

amjjawad is the username I use for almost all Linux Communities. My Real Name is Ali. I'm 33 years old, have BSc in Computer Science.I simply breathe, drink and eat anything related to IT and/or Technology in general, mainly GNU/Linux; that is why I call myself Ali Linx.

It is ironic that I haven't actually started using Linux until October, 2009. Honestly, I didn't use Linux (it was back then Ubuntu 9.10) except for ONE WEEK. I was introduced to Linux by a friend from UK (we used to play together a game on Facebook called My Heroes Ability - thanks to Zynga, the game is dead now) and I have never met that friend, I wish I could, hopefully one day. Then, in 2010 after less than a year, preciously in August 2010, I gave it another thought and started to use Linux. Long story short, since that day until now, I have never stopped using, breathing and contributing to Linux and hope I will never stop no matter what. Why? because Linux has changed my real life and I became better and different.

The first station was Ubuntu Forums and what a great place to learn from. My long journey has started from there.

After one year, I joined Lubuntu Team and became one of the most active members on that team with so many responsibilities and tasks.

Two years with Lubuntu Team, I have achieved a lot and have done a lot. I have decided to take my contributions to the next level and join more Communities. I have chosen Ubuntu GNOME.

That didn't feed my hungry ambition at all. I needed to go further. I wanted to put my experience, abilities and skills on test and started my own projects such us ToriOS and StartUbuntu. 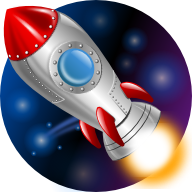 Please visit this page to view the full history of my involvement with Ubuntu Team. 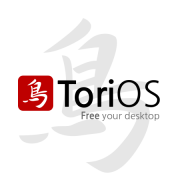 Summary of my Roles

Others or Non Ubuntu Community

Feel FREE to write your feedback or testimonial about me

Ali is that this and xxxxxx and bla bla bla. I don't want to write like this! :). Be frank! Ali is doing his job with passion and courage! He is doing this for his joy and fun and that makes us really awesome! I love the way he works. I always see a quote in his mails. It's very encouragive. He is Ali. That's it. Good Work Ali, Way to go. Arjun https://launchpad.net/~mpoonuru https://launchpad.net/~ubuntu-arjun

Ali is a vibrant and passionate personality who will attack with fervour anything he sets his mind to. He was instrumental to Lubuntu's success and, honestly, we're still working on incorporating some of his ideas. He has contributed to several different teams, as well, as is not a one-sided contributor. It's honestly remarkable he has not yet become a member. wxl

Ali is the great leader StartUbuntu project, I saw all the work he has done on the project is adminirar and follow the steps. Ali definitely deserves to be an ubuntu member, i'm surprised I is not one Already kcbart

Ali has been a huge help to the ubuntu community for many years now. He is a major part of lubuntu's popularity from his work promoting it, as well as currently helping ubuntuGNOME by being the head of testing for that project. Ali definitely deserves to be an ubuntu member, i'm surprised he isn't one already. Noskcaj

Ali has been instrumental in driving the progress of the Ubuntu Gnome directive and his leadership skills are top notch. Ali's dedication is evident as he seems to respond to posts on the Ubuntu Gnome Mailing Lists with almost un-humanlike speed, even at 2:00 in the morning. Clearly Ali will make a great asset to the Ubuntu Membership Team KeithIMyers

I met Ali during my involvement with Ubuntu GNOME. He's been turbo active with the community. He made a lot of wiki pages, organized sub-team, recruit people to run those sub-teams. I was wondering where did he find all this energy. He deserves to be Ubuntu member. iosifidis (GNOME Foundation Member, Ubuntu GNOME)

I haven't met Ali but I know him through his work on Ubuntu GNOME, which the word 'outstanding' doesn't even begin to describe it, but his overall contribution is pretty impressive. He inspires, organizes and leads the Ubuntu GNOME Team, one of the best teams of Ubuntu contributors I have ever seen. We are lucky to have him and he would be an excellent and valuable addition to the Ubuntu members family. eliasps (Ubuntu member)

Ali joined the Ubuntu GNOME team about 18 months and quickly shot up the tree to become non-techical lead. He has done a great job of organising more structured teams, marketing and communciation type stuff, all while working on other ubuntu-related projects. I actually told Ali he should apply for membership when he first joined our team, he certainly deserves it now! darkxst (Technical Lead Ubuntu GNOME)

The very first time I used Lubuntu it was certainly not easy to configure everything to work. I came across the fine work or Ali. He made MANY guides to make the hardest things very easy. He also was very quick to respond and help on the Forums. In fact he inspired me to become more involved in the Lubuntu community myself. Since then he has decided to make the leanest lightest most full featured Ubuntu respin (ToriOS) and got me involved. He encouraged me very much, as I begun working to build the underlying settings manager and other components. He has been very motivating and is very dedicated to spreading the use of Ubuntu. He has converted A LOT of computers to Ubuntu (various flavours based on the capabilities of the machines). He continues to promote Ubuntu and FOSS as his main job. If he could get a pound(dollar, euro etc..) for every bit of promotion he has done I suppose he could have funded the Ubuntu Edge by himself. I actually thought he was part of Ubuntu already because of how much he does to help new users fix issues, and how many projects he has been involved in. [israeldahl] https://launchpad.net/~israeldahl (Lead ToriOS developer)

Many words of appreciation have been written already about Ali. I would like to focus on his great contribution to the Ubuntu community by helping newcomers and making them involved. [sudodus] alias https://launchpad.net/~nio-wiklund

This is an opportunity to say thank to amjjawad for advices. Also, to commend the project StartUbuntu and his enthusiasm in promoting Ubuntu and FOSS. zpop

I have used Ubuntu since 2005 or 2006 (can't remember exactly, but I do remember downloading 6.06 - right, not 6.04; now that was a year). Through all those years, one of the most important ingredients to the success of Ubuntu has been people like Ali - pleasant, dedicated, compentent, supportive. So, Ali wants to move his experience and enthusiasm and competence into the next level. I say, *YES*. And, I say, thank you Ali. You make this a great place for all of us. https://launchpad.net/~c-hermansen

Ali has proven to be an invaluable member of Ubuntu GNOME, particularly in his role as QA Team Leader. As a long time iso tester I'd have been lost without his help and guidance. He's always willing to answer any question even when that involves reaching out to others to find the answer. https://launchpad.net/~lbsolost

I first heard about Ali recently when he launched the StartUbuntu campaign and I have been impressed by his enthusiasm and conviction. This factor was very motivating. The community, but also potential new users, benefit from people like Ali that share their knowledge and support other in the change towards free software. https://launchpad.net/~vmalep

Ali is that kind of person that is always everywhere. I don't know how he does, but he's online for supporting people, coordinating, helping teams, spreading the word in media, etc. 24/7. I cooperated with him since he was involved in Lubuntu teams, and we still keep that relationship as the first day, and I only remember good times while his Lubuntu membership, taking care of comms and press related stuff. I highly recommend his membership. rafaellaguna (Ubuntu Member)

Ali is working professional and moving on fast. He helps a lot people and cares about both the linux community and his friends! joern-schoenyan

Lubuntu and Ali Amjjawad have been inextricably linked and that's a good thing. He was always there on the Ubuntu Forums and the Lubuntu-Users Mailing List. His two cents were often worth a million dollars. Eric Bradshaw

Ali has been a wonderful force of positive energy in the time I have known him. He's been active in several different pursuits within the greater ubuntu community with a goal of promoting ubuntu and helping users. He's never afraid to try or suggest new ideas. Even better, he has the drive to follow through on them and make them reality! I would recommend the board to look favorably upon his application. -- nskaggs

I'm always amazed by the dedication and the time Ali manages to contribute to various Open Source projects, despite his extremely busy life. He is always busy in helping people and giving ideas about improving Ubuntu GNOME and various other projects. He is always a source of inspiration for us. I can't imagine what would be the state of Ubuntu GNOME without Ali. -- SatyajitSahoo 2014-11-18 14:08:22

Ali is one of those men you are thankful to have met in your life. I'm amazed by the dedication and passion he puts into the projects he's involved in ‒ and they are a lot. You know he's always there and that you can count on him. We first met when working in the Ubuntu GNOME project and he hasn't ceased to believe in all of us as a community, he's always reminding us of the new cycle tasks, proposing new challenges, and giving new ideas. As I always like to say, "He's the man!". He is the kind of guy every FLOSS community should be thankful to have. -- aldomann