Humanity is about Constant Evolution. Humanity is so carefully optimized with each revision that it continues to grow in content and shrink in file size with every release. In the last two years elementary has more than quadrupled its content and dropped its file size by 75%. Humanity, being built on elementary, inherits this strength. Humanity is also scrutinized by a number of peer review tests including review by artists working on the elementary project, developers working on GNOME Do and Ubuntu itself, and the famous "girlfriend/boyfriend test". 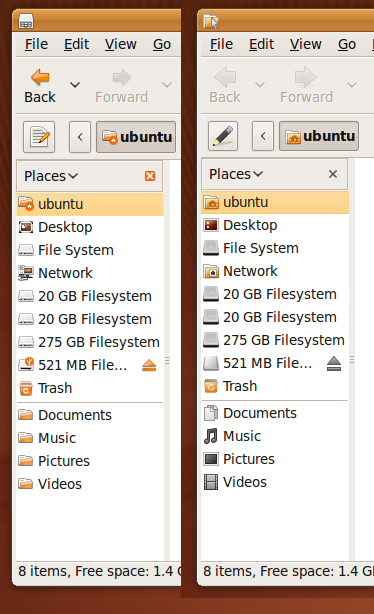 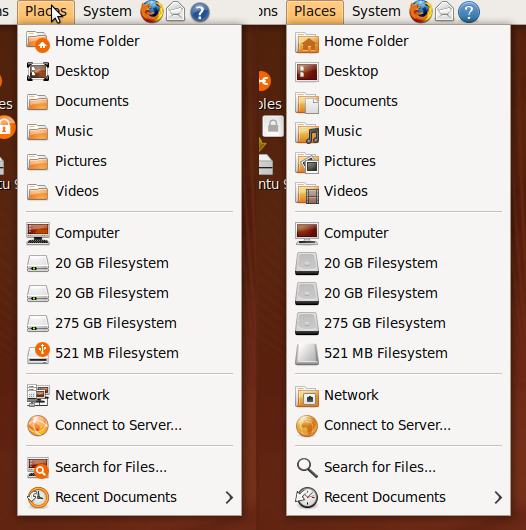 These are really well done. I found only one icon that I didn't really like in the screenshots, and that is the one for recent documents. The arrow on the clock is straight, tangent to the circle; it should be curving around the clock like the arrow in the older icon was. Overall, though, this is great work, and many of the new icons really are noticeably more practical than the older ones! 2023-02-08 12:45:52