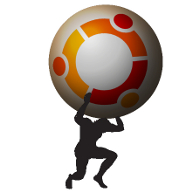 The Ubuntu Foundations Team (formerly Platform) is responsible for delivering the core Ubuntu system, which is common to the whole Ubuntu family of products and services. This core of Ubuntu is the rock upon which we base all other Ubuntu technology, and is a usable, high-quality desktop operating system in its own right for users around the world. It strives to be the best free software development platform in existence.

Our core system is built from many component projects, most of which are built by free software developers around the world. We select the best available packages for the job, and mould them into a clean, free, well-integrated system, making changes where required to meet our high standards of quality and ease of use. We work with developers in the free software community to support their interests as well as Ubuntu's.

Specific areas that the Foundations Team is responsible for currently include, in no particular order:

The Ubuntu Foundations team is registered on Launchpad under ubuntu-foundations-team.

The Foundations Team is responsible for how the various pieces of the larger system fit together. Some key systems are documented here in the wiki.