I tried to show the idea of an ibex without getting into satanism or heavy machinery. Note that non-brown colors are used 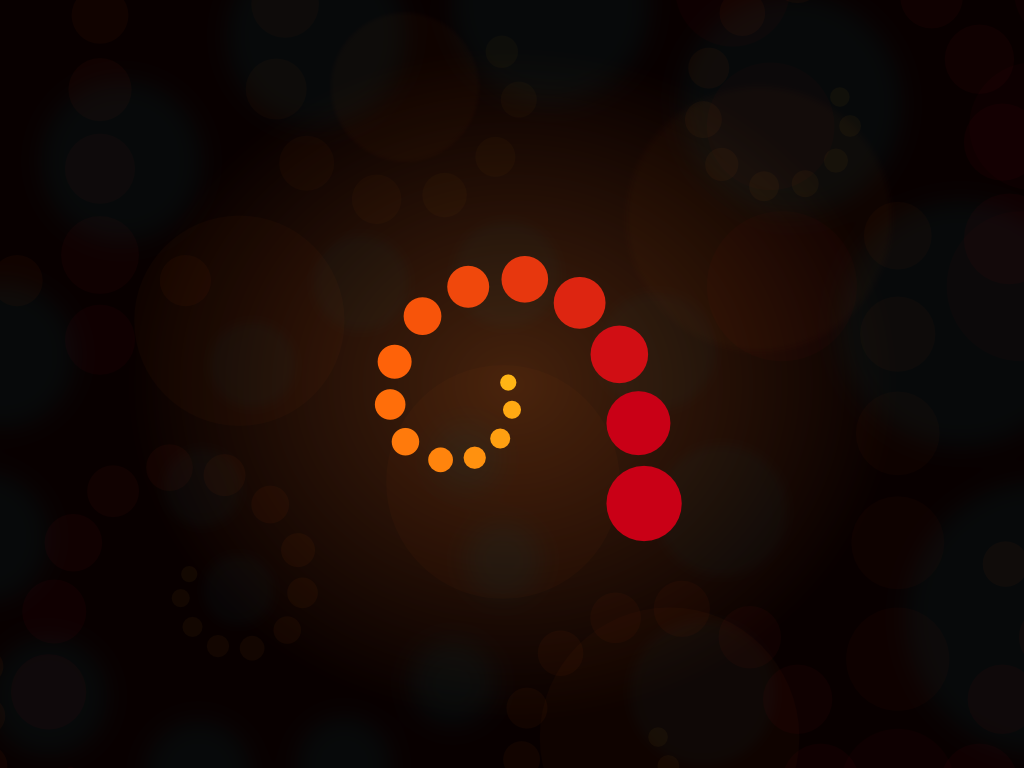 So far the idea is based on a spiral of simple dots which should represent the horns of the ibex (the most interesting part, I think). The background shows how one could use browns and other colors...needs a lot of work, really

Palette Check http://wiki.ubuntu.com/Artwork/Incoming/Intrepid/Intrepid_Ibex_Palette_Review for the current version. Until now this idea is only roughly based on the exact colors.

* I have attached a different take on the same design. I think it looks really clean, i just softened up the centerpiece in my design. Great Job. SamV. *I am liking this so much, I shall work on a GDM & usplash for this, great design! -/- Rugby471